Text cleaning for NLP with Python

What is text preprocessing?

Text preprocessing consists of a series of techniques aimed to prepare text for natural language processing (NLP) tasks. Noise in text comes in several forms, such as emojis, punctuations, different cases, and more. The main goal of cleaning text is to reduce the noise in the dataset while still retaining as much relevant information as possible.

Before we dive in, we need to define some terms that will be used throughout this tutorial.

Document: A distinct unit of text. This could be a sentence, paragraph, or an article.

Corpus: refers to a collection of texts or documents.

Tokens: Tokenization is a way of separating a piece of text into smaller units called tokens. Here, tokens can be either words, characters, or subwords (n-gram characters).

Text normalization is the process of converting the case of your text so that it is the same across the entirety of your document. What this looks like is converting "Hello my name is Gabe" into "hello my name is gabe". Why is this step so important you ask? Well, in many language modeling tasks, models will make use of an object called the vocabulary, which is the set of unique words in a corpus of documents. So if I have the following:

Then the vocab would be:

In this example, the same word appears in the vocab more than once because the text hasn't been normalized. After normalization, it'd look something like:

And now we've reduced our vocab by 2 words, however, in a murch larger corpus this could reduce our vocab by hundreds of words!

The next step is to remove all of the characters that don't add much value or meaning to our document. This may include punctuation, numbers, emojis, dates, etc. To us humans, punctuation can add a lot of useful information to text. This could be adding structure to language or indicating tone/sentiment. For language models, punctuation doesn't add as much context as it does for people and in most cases just adds extra characters to our vocab that we don't need. Having said that, there are some cases when you would want to keep these characters in your data. For example, in text generation tasks it may be useful to keep the punctuation so that your model can generate text that is grammatically correct.

Here we will define a function that removes the following:

In the context of NLP, a stop word is any word that doesn't add much meaning to a sentence, words like 'and', 'that', 'when', and so on. Removing these words reduces the size of our vocab and our dataset while still maintaining all of the relevant information in that document. As mentioned before, not all language modeling tasks find it useful to remove stop words, such as translation or text generation. This is because those tasks still take into account the grammatical structure of each document, and removing certain words may result in the loss of this structure. Depending on the language task, it's important to keep in mind which stop words are being removed from your documents. We won't be going into much depth on this but you can check out this article that goes even deeper on how to handle this.

NLTK is a toolkit for working with NLP in python and provides us with various text processing libraries for common NLP tasks. We will be using the stop words from NLTK to filter our text documents.

Lemmatization is a common NLP technique and is the process of reducing a word to its root form. This is a useful normalization technique as it removes all tenses from a document and simplifies the text of each document. 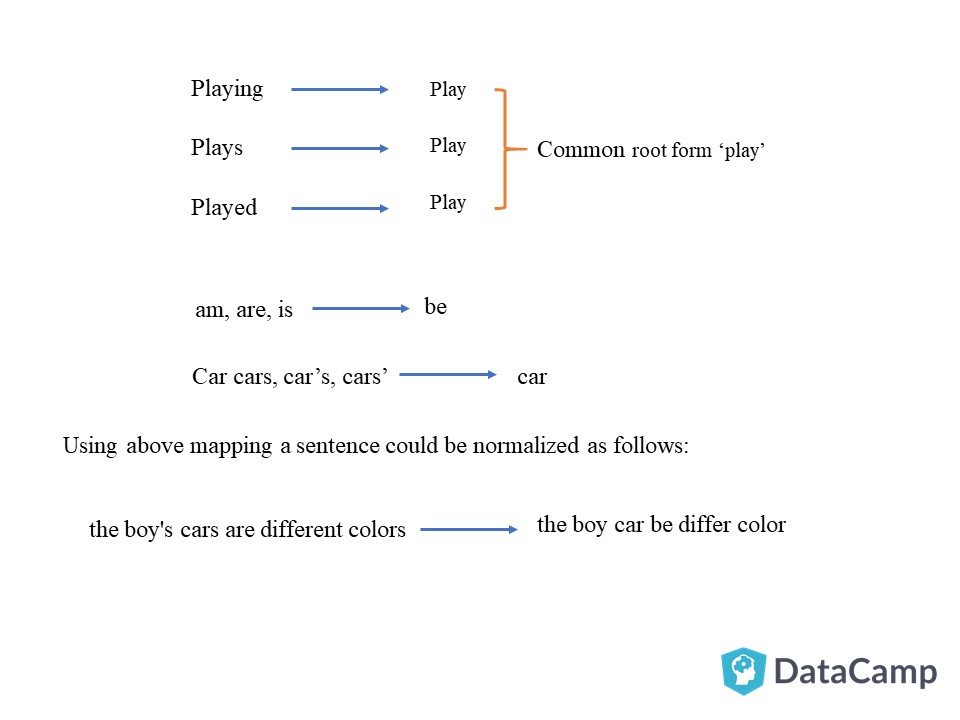 Stemming is very similar to lemmatization in that it aims to reduce words to their root; the difference being that stemming algorithms just chop off a part of the word at the tail end to arrive at the stem of the word. This means that it is useful for reducing words to a simplified form but may not be as accurate as a lemming algorithm. 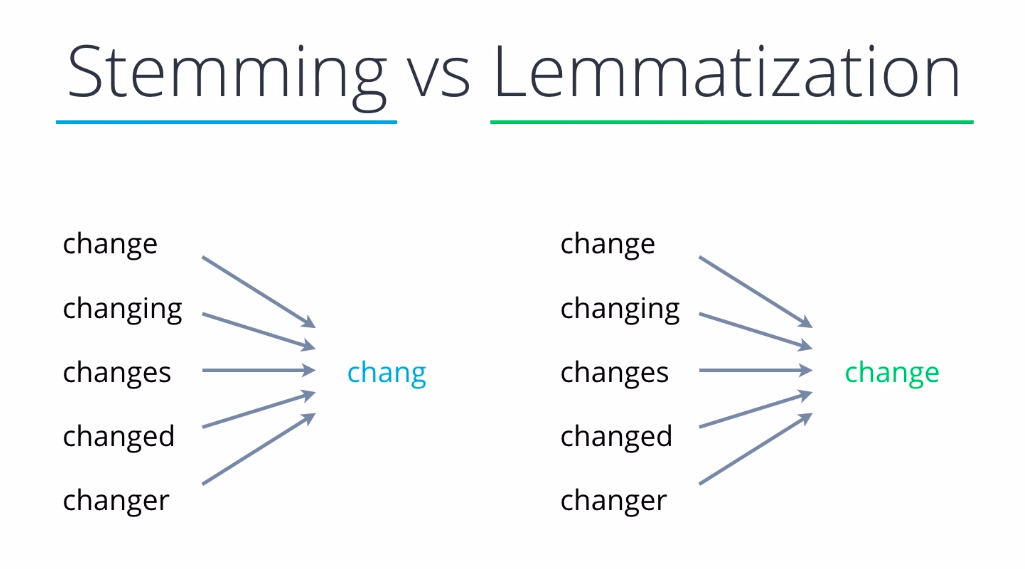 Putting it all together 🤝

In this last section, we will combine all of the methods previously used into a single function for simple use. Here we will use the pipeline function below to clean all of the tweets contained in this Kaggle dataset.

Let's compare the uncleaned documents to the cleaned ones!

Congratulations 🎉 you've made it all the way through the tutorial!

Based on the comparison of the first few samples, we can see that our text cleaning pipeline does a pretty good job at cleaning our text documents. It can remove URLs, hashtags, emojis, mentions, and all the other characters/words we wanted removed! There are a few hiccups where it could perform a little better such as merging words that have no space between punctuation, but we will leave improving the function up to you 😊 .